Don't Show Up In Overalls

It amazes me the amount of people who don't do their research before querying. Obviously they know how to use the internet, since they managed to track down the agent's name and send them an email. So how is it such a large chunk continuously gets it wrong? Like, really wrong?

It all boils down to research. You spend an exorbitant amount of time writing and editing your book (or, at least, we hope so) - why not take the same care when it comes to finding Awesome Agent?

I completed the first draft of my latest novel, SILENCE (Secret Project, for those who've been following my progress), today, and as tradition follows, I began to put together an excel sheet for the agents I plan to query once revisions are complete (whenever that is). I always do this before revisions, mostly as a kind of motivation. When I get sick of fixing the same passage and am ready to give up, I turn to my excel sheet and see all those names and think to myself, 'One of them could be It. One of them could be my Awesome Agent.' And then I kick my butt in gear and keep going.

If you're serious about getting published, you want an agent by your side, and you aren't going to get one if you just query blindly. Those mass emails where fifty agents are in the CC box? Major no-no. And what about queries addressed to 'Dear Agent' or 'To Whom it May Concern'? Unprofessional. Think of querying as a job interview: your agent is hiring, and you're the number one applicant. You aren't going to show up unprepared for your interview, are you? No. You'll have done your research, you'll be dressed nicely, and use your very best manners. Just because you're sending an email doesn't mean all that goes out the window.

In an attempt to help those of you who plan to query soon, as well as those who've been querying but may have gone about it all wrong, here are some tips I hope you'll find useful.

1. To find an agent, you first need to know the genre of your book. If you're not sure, check out Publishers Weekly or your local bookstore and compare your manuscript to recent titles. The first book I queried, THE AGE OF NEVER GROWING OLD, was an odd mix of dystopian, science fiction, and romance, so I poured over issues of PW to find my best angle.

2. Once you've got your genre narrowed down, check out sites like querytracker and agentquery. They have great search engines that will find you agents who represent your particular genre.

3. Make a list of the agents you find. I find Excel to be a really great tool for this. If you don't have it on  your computer, Google offers a free version online. Here's an example of what mine look like:

The columns are as such: agents, agency, query requirements, genre I'm marketing the book as, date I sent the query, date of rejection (in black), date of requested partial, date of requested full, offer of representation, notes, and recorded response time.
I'm also big on color coding. The example above isn't finished, and I think gdocs ate my file for TANGO queries, which is what I'd planned to show you. However, agents I'm most interested in working with are usually highlighted in yellow, those who've got sample pages or a full are changed to green, and those who've sent rejections get turned red. Because SILENCE will be the second book I query, and in an entirely new market (YA versus adult), I'm finding that I have to remove a great many names from TANGO's list. However, there were a couple of agents who asked to see future projects, and they've been highlighted in blue. Recorded response times come from previously querying, word of mouth, or stats that can be found online.
4. Once you've made your excel sheet (and probably before you go ahead and color code it if you're anal like me), take the time to individually research each name you put on your list. Some of them may be closed to queries, in which case you need to delete them. Also, the information you found online may not be accurate, and you need to adjust accordingly. If someone no longer represents YA fantasy, and that's what you wrote, you don't want to query them. Querying an agent with something they don't represent is disrespectful and shows that you didn't take the time to do your research. It makes you look bad, and none of us wants to look bad.
Many agents have done interviews, have bios on their agency websites, or have a Publishers Marketplace profile where you can find out more information. Read carefully. That book you wrote may just be exactly what Awesome Agent is looking for. In some cases, it might not. But it's best to know ahead of time what you're getting yourself into.

5. My biggest suggestion? Get on Twitter. There are loads of agents and editors on there who will flat out tell you what kinds of things they're hoping to see in the slush pile. You can get to know a few of them before you even begin querying, and in some cases may find someone you really connect with and would want to work with. Social networking is there for you to use - take advantage of it.

I've seen so many queries that don't follow the rules. At all. Here's a little breakdown for you:

- About 50-60% are for things the agent doesn't represent.
- 20-30% don't follow the rules. They come as attachments, or list all the author's credentials but never once mention the book. Some of these are also mass queries, or letters where the grammar/writing is so bad, you know it'll carry over into the manuscript itself. Loads of other things fall into this category as well, but it would take a long time to list them.
- Roughly 20% are probably okay queries. It just depends on if it's something the agent would want to see.

So really, if you do your research and specifically choose the people on your list, you're already in better shape than nearly 80% of the querying population! Those odds aren't nearly as bad. And you know why? Because you did your research. You showed up with your makeup done and your suit pressed, while Billy Bob Joe came in a ripped up t-shirt and overalls.

Don't show up in overalls.
Posted by Samantha Bina at 3:34 PM 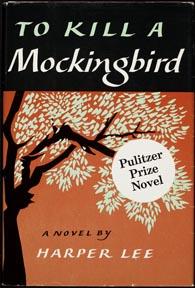 Books By My Darlings

RIPPLE by Mandy Hubbard
QUEEN OF GLASS by Sarah J. Maas
SOMETHING STRANGE AND DEADLY by Susan Dennard
FALL TO PIECES by Vahini Naidoo
WHAT'S LEFT OF ME by Kat Zhang

Samantha Bina
Brooklyn, New York
Sammy Bina resides in Brooklyn, New York, where she is a literary assistant at NS Bienstock. She writes YA novels, blogs at Let the Words Flow, and watches too much 90s British television. You can contact her at samanthabina(at)gmail(dot)com

Where to Find Me